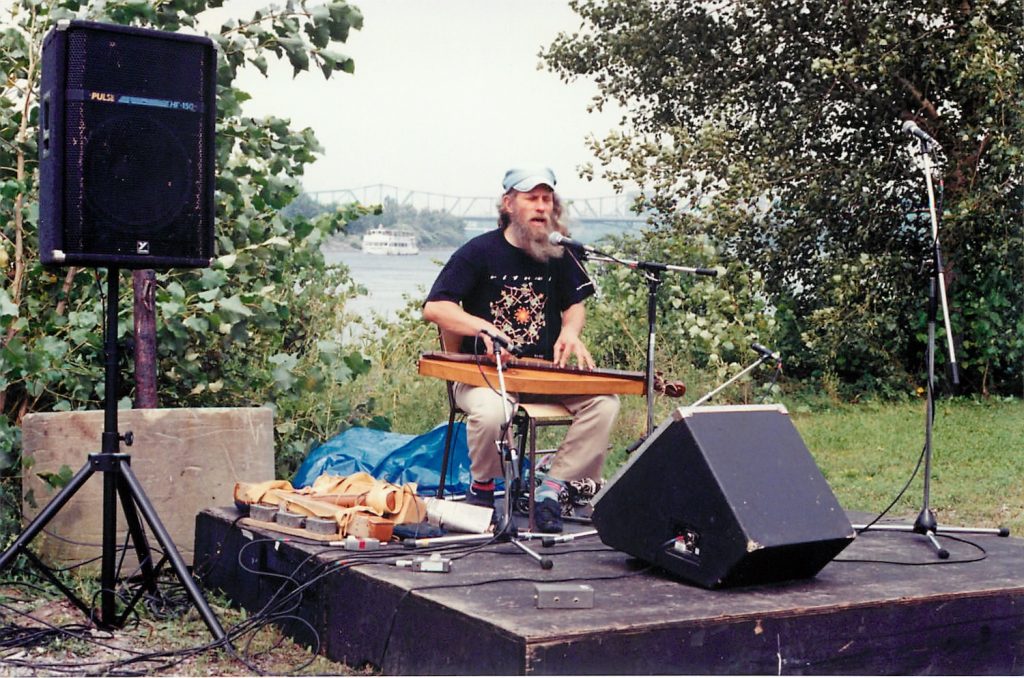 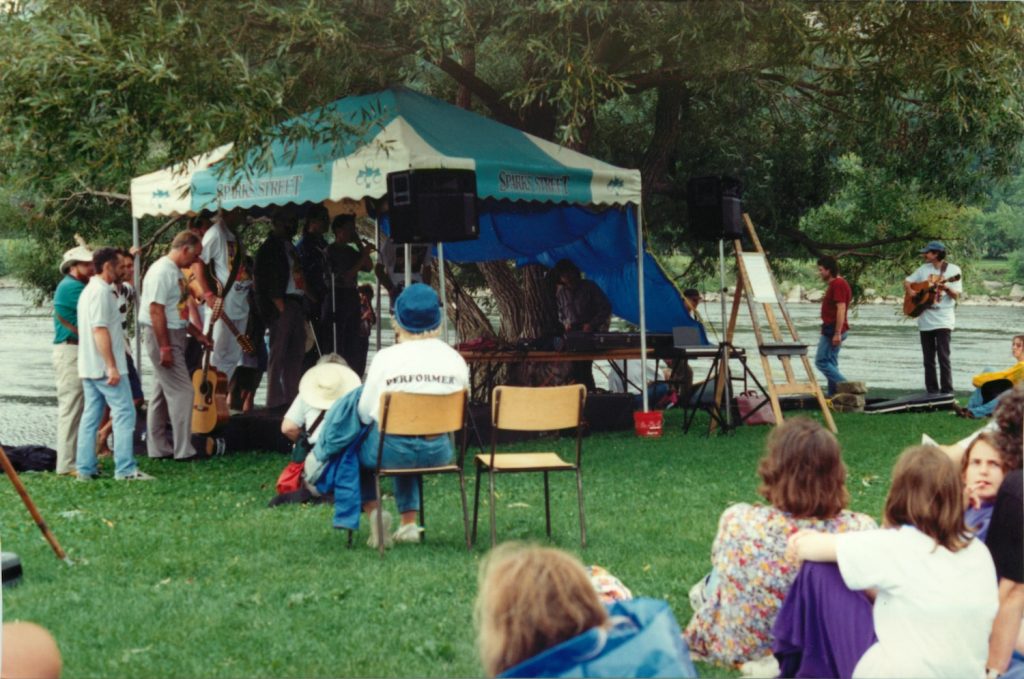 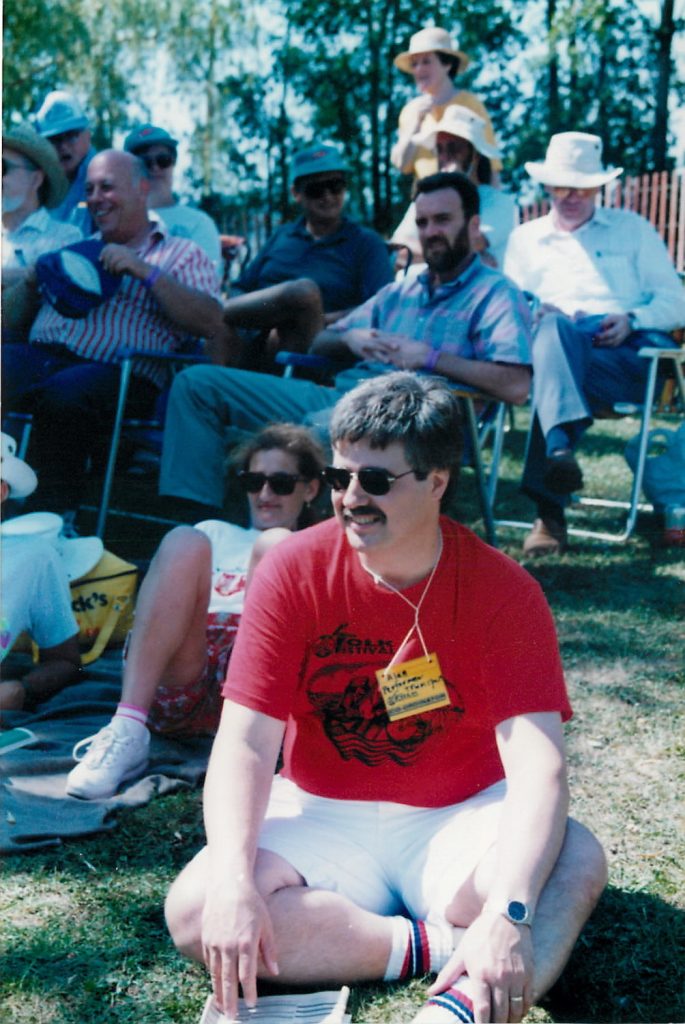 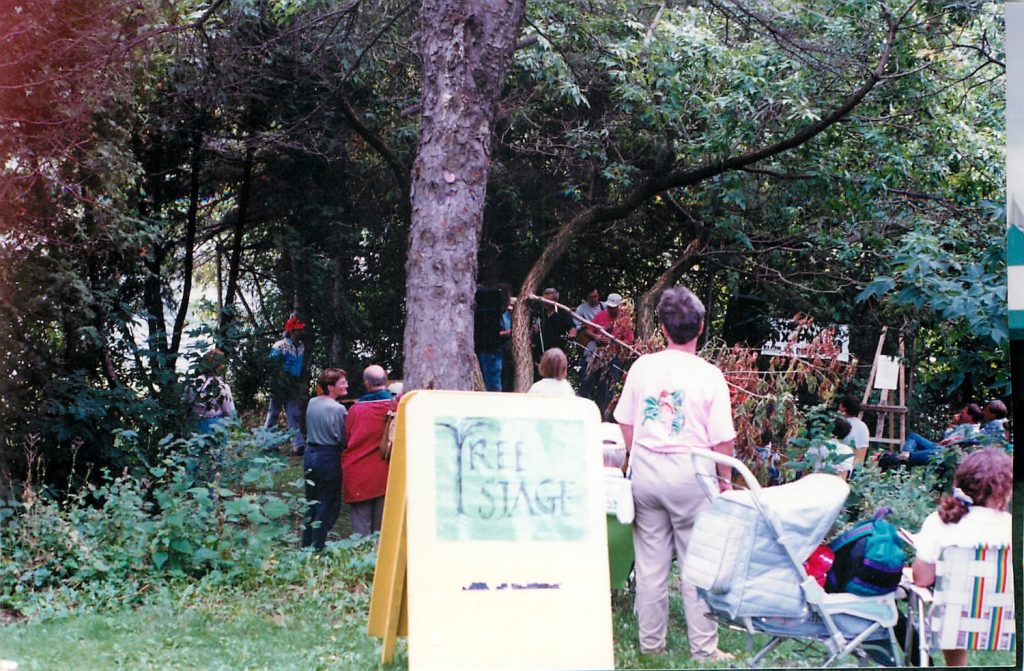 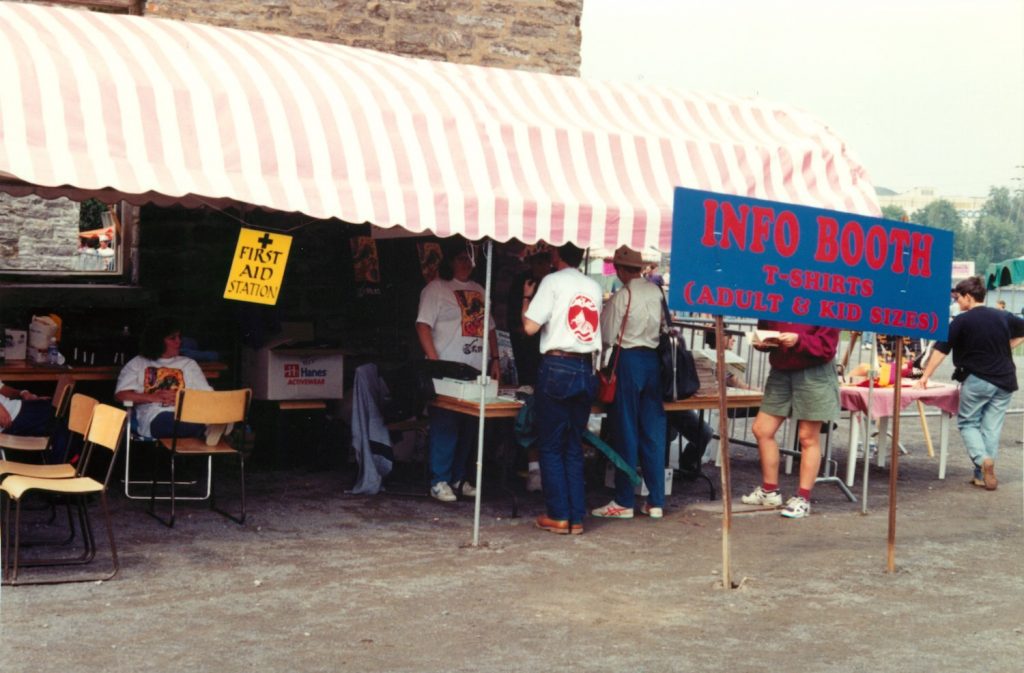 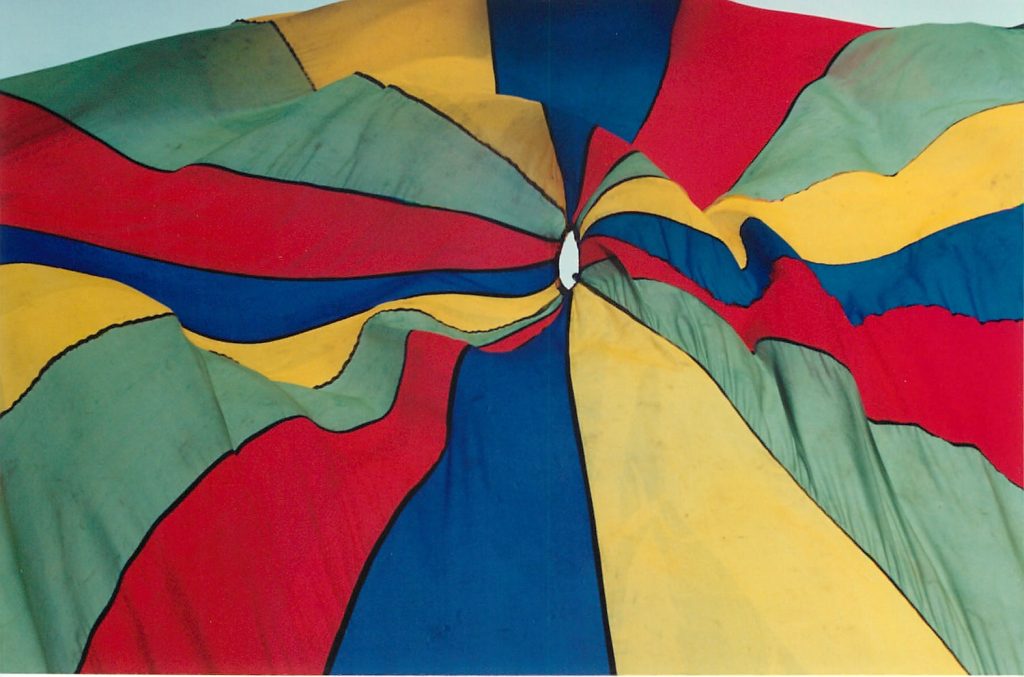 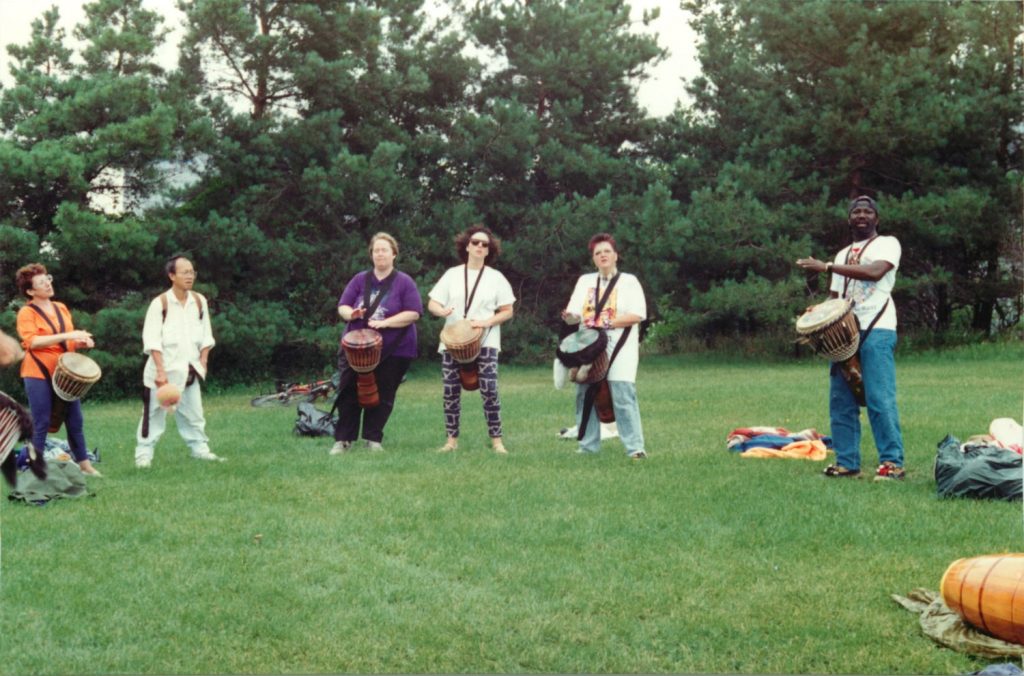 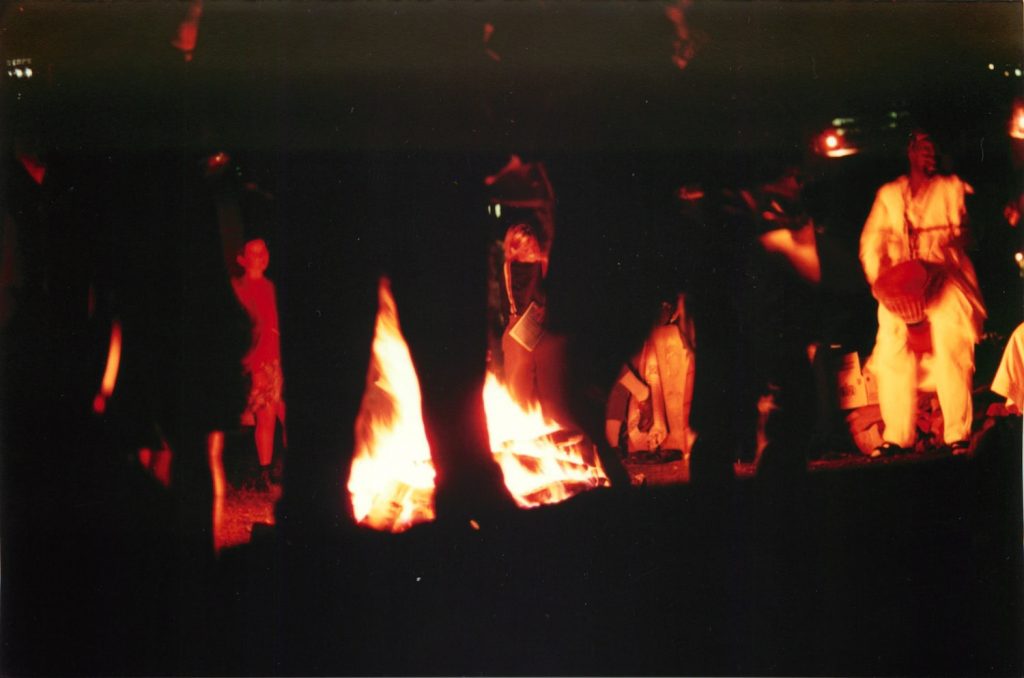 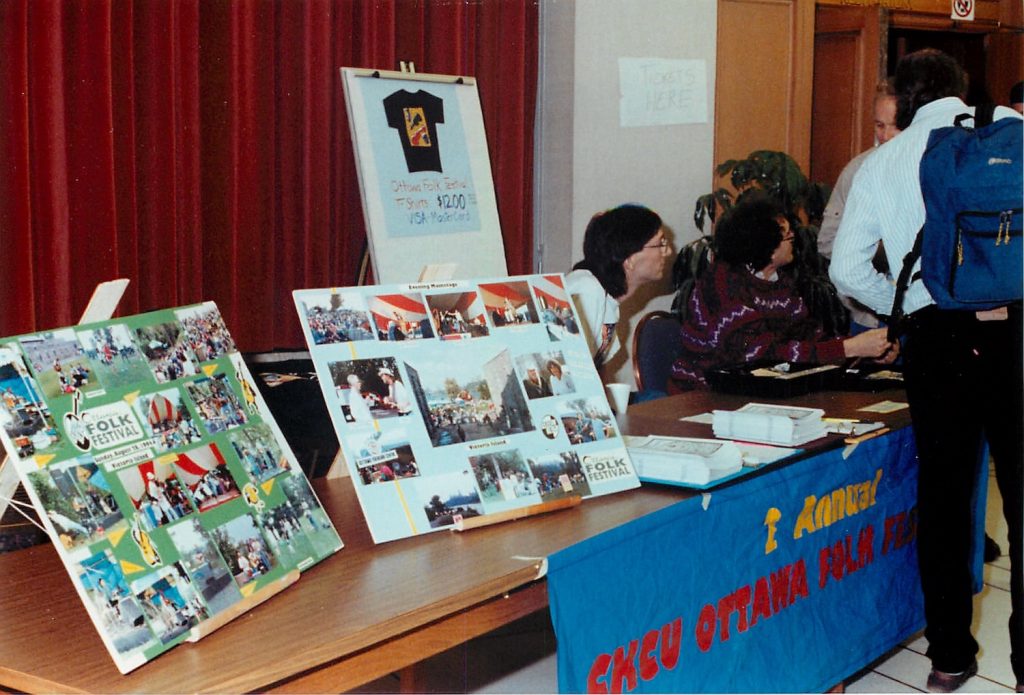 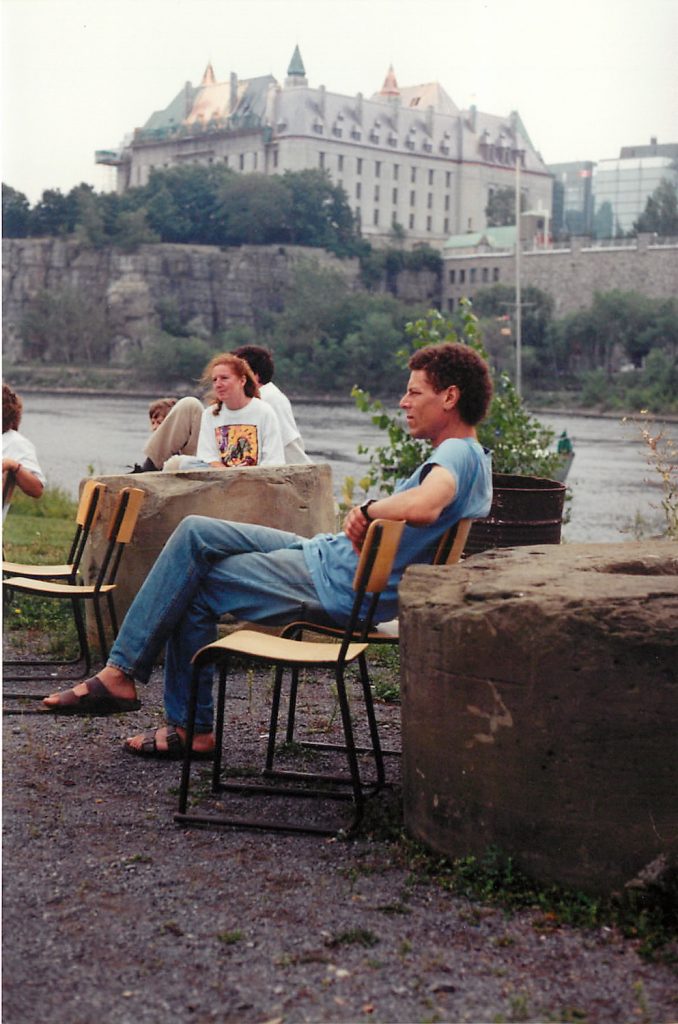 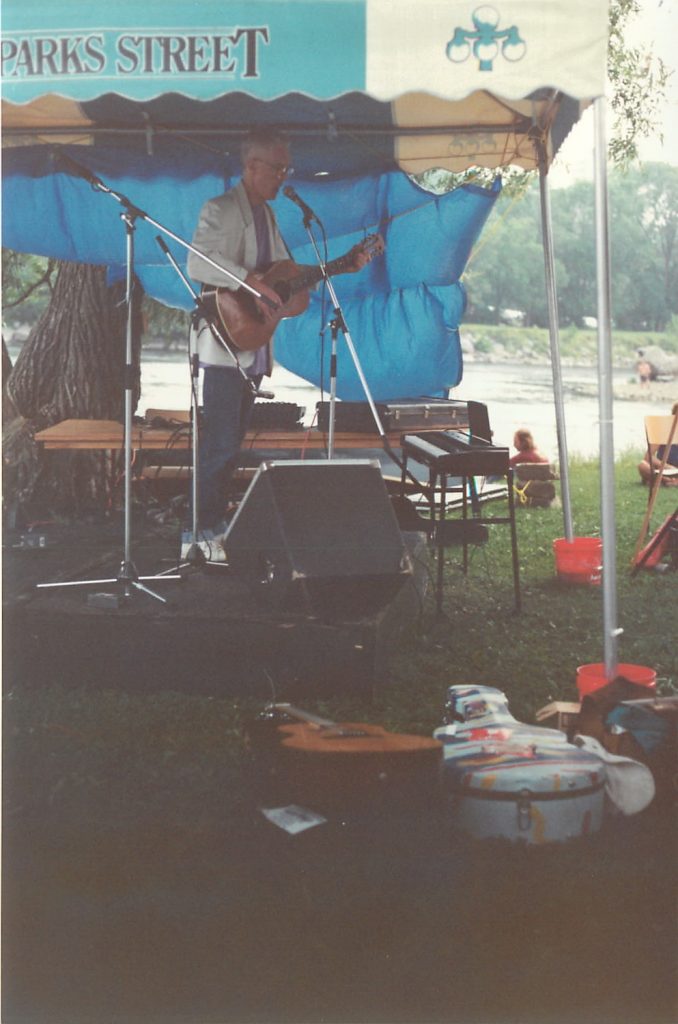 In 1994, after CKCU-FM Station Manager Max Wallace wrote a brief article in the program guide Trans FMabout the possibility of starting up the CKCU-FM Ottawa Folk Festival, he was delighted with the response. Many eager volunteers came forward to offer their services. Wallace worked closely with Chris White and a strong volunteer contingent to bring the project to fruition. After 10 months of preparation, the first annual CKCU Ottawa Folk Festival was held on Victoria Island. This idyllic setting nestled between Ottawa and Hull proved to be the perfect spot for a small festival. The one-day event ran from noon to midnight on August 28, 1994 and included afternoon theme stages and evening concerts. The festival has maintained this basic format.

The historic Victoria Island site provided an intimate performance space in a natural setting, and offered panoramic views of the Ottawa River, the Parliament Buildings, and other National Capital Area landmarks. The hospitality, storytelling and craft areas were housed in the picturesque ruins of the historic Carbide Building.

If the verdant island setting was idyllic, the lineup was equally impressive for a modest event operating on a shoestring budget. In the weeks leading up to the festival, an enormous amount of excitement and publicity was generated by the media when it was announced that David Wiffen would appear. Although the morning of the festival dawned grey, windy and rainy, the clouds parted and the evening main stage performances commenced beneath the canopy of a cloudless sky. Valdy, David Wiffen, Lynn Miles, Ian Tamblyn, Dario Domingues, The Bird Sisters, Penny Lang and Seventh Fire performed on the main stage.

Festival goers were greeted at the entrance gate by the African-inspired drumming of Kebba Jobateh and his drumming circle. The afternoon workshops proved popular, taking place simultaneously on five stages offering the audience a wide variety of musical styles and themes to choose from. Over a hundred musicians appeared throughout the day.

The main stage opened with Arthur McGregor, the owner of the Ottawa Folklore Centre and a generous founding sponsor. He performed a beautiful acoustic version of “O Canada” to start things off in style. Arthuropened the festival with an acoustic version of the national anthem from each year until 2013. Although Arthur usually performed the anthem on acoustic guitar in a ragtime style, he played it on the mandolin one year (in 2006 or 2007). 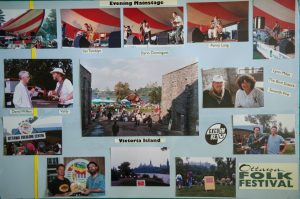 For pure nostalgia, it was hard to beat the three tribute stages: the Stan Rogers Stage, the Le Hibou Stage and the Woodstock Stage. Ian Robb hosted more than a dozen local musicians who performed their favourite Stan Rogers songs. The popular Le Hibou Stage featured artists who had appeared at the legendary Ottawa club such as Valdy, David Wiffen, Sandy Crawley and Bonnie Bradley. When the Woodstock Stage was halted by a sudden downpour, Valdy led the audience in an impromptu rendition of “Rain, Rain Go Away” with the desired positive results.

Talented but not yet seasoned musicians had the opportunity to appear on the Discovery Stage. Acoustic Moon, a group of high school students, were among the youngest performers. Writer’s Bloc, a local songwriting group, also held a session on this stage.

The evening concert featured a triumphant return to the stage by David Wiffen, who was greeted by a thunderous standing ovation. The excitement continued with an energetic and polished set by Valdy, who proved he had not forgotten his Ottawa hometown roots.

Valdy was presented with a Lifetime Achievement Award in recognition of his valuable contribution to Canadian folk music. This award was designed by Arthur McGregor, co-owner of the Ottawa Folklore Centre. It was constructed from a 1940s handmade guitar by master builder Edward Dick. The evening wound down with a singalong around the bonfire, where fire juggler Tawney Ross gave a mesmerizing performance.

The main stage emcees, Chopper McKinnon and Karen Flanagan McCarthy, played an important role in the festival. The two enjoy a special chemistry onstage and their repartee is an important part of the main stage shows. Chopper provides the English introductions while Karen provides both French and English commentary.

Chopper McKinnon has been a vital force on the Ottawa music scene since the 1970s. His many accomplishments include hosting Canadian Spaces, the longest running folk show on Canadian community radio.Canadian Spaces first took to the airwaves of CKCU-FM in 1980 and has attracted a loyal following of “Space Cadets”. Chopper also hosts the CKCU Ottawa Folk Festival Benefit Concert Series and the Acoustic Waves concert series.

Karen Flanagan McCarthy is a freelance writer and broadcaster whose work has been heard on CBC Radio programs including Morningside, Gabereau, Between the Covers, and All in a Day. She appears frequently as an emcee at local music and charitable events.