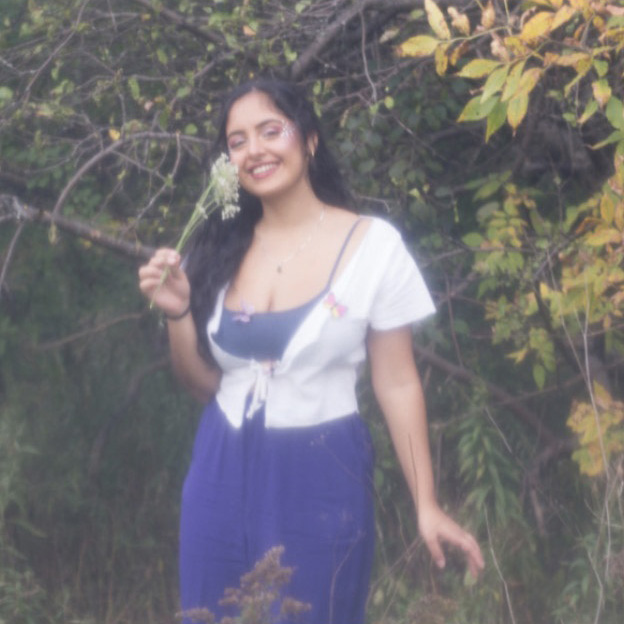 Neha Sin is a local Ottawa musician with a warm, honey-folk sound. With two years of professional performance experience in various venues, bars and coffee shops, she has created a name and presence for herself in Ottawa’s musical scene including being featured in Ottawa’s FolkFest 2020 and collaborating with CBC in their “Project Give 2020”. Neha Sin released her Debut EP, Signs of Pink ‘til Morning in November of 2018, as well as, her single Don’t Look for me Now in December 2021. Her sound is influenced by the pared down, hazy acoustics of Bob Dylan, Phoebe Bridgers, and Passenger. She finds lyrical inspiration in the contemporary folk verses of The Lumineers, Dan Griffin, and Leonard Cohen.

In her work, the attention Neha Sin pays to experience is unbiased – the smallest of scenes and the grandest of emotions are depicted with the same tender respect. She is a modern folk storyteller, combining silky reverb with tales of nature and mixed-bag love affairs. Her verse focuses on the transitional. How do twenty-somethings move nowadays? Where are they going, who are they leaving, and what do they yearn towards? Neha Sin exists in the liminal space of morning light as she suggests both questions and answers. She floats between places and spaces and chords. Neha Sin sings with all the tender, nostalgic cling of warm honey.